5 Fantastic Things to Do at Christmas in Covent Garden, London 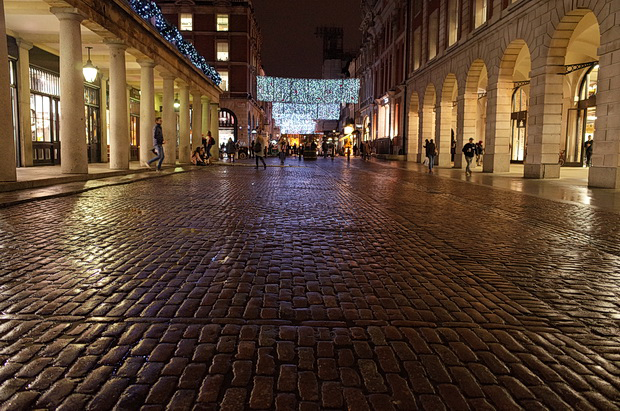 Thanks to our guest correspondent for this lovely post – Sian Gwilliam, Founder and Editor of Creative Bus Stop: A guide to London for families. Featuring a weekly events diary, educational activities, crafts, travel

Covent Garden is one of the most popular shopping, relaxing and entertainment areas of London. You will find it perfectly formed, and always welcoming. On the map it is situated between St Martins Lane to the West, (near Trafalgar Square and Charing Cross Station), and neighbours the very heart of theatre-land and the famous Drury Lane to the East.
The area was mainly green fields until the 16th Century, when it was the heart of the Anglo-Saxon trading town of Lundenwic. After the area was abandoned, some of it was walled off in 1200, and turned into orchards by Westminster Abbey. It was then known as “the garden of the Abbey and Convent”.
The area is divided by the main shopping street of Long Acre to the North, which is now home to a family of independent boutique shops around Neal’s Yard, and Seven Dials. The ‘Covent Garden’ itself is most famous for it’s long running relationship with the best street performers in the UK, otherwise known as ‘buskers’. They are truly charming, and although they have now found YouTube fame, they will still offer you free entertainment (for the first 40 minutes), and then charm you into parting with some cash for the last 5 minutes of their show! 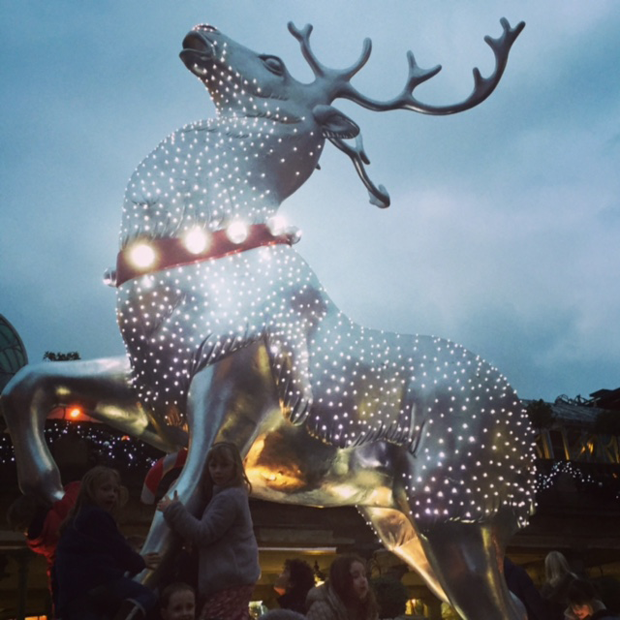 The 22 foot tall Reindeer in the East Piazza

This giant deer is adored by my kids Billie (8) and Purdey Belle (6) and many others.
1. Sparkling Trees, a Giant Jumping Rudolph and a flying Lego Santa

Everyone walks at a slow, swerving pace around this part of town. So prepare to slow down, soak up the atmosphere and drift around the Piazza to see the beautiful Christmas Lights and decorations. You will find London’s largest hand-picked tree, with it’s 150,000 sparkling pea lights, right near the busking area. On the East of the Piazza you wont miss the giant 22 foot tall silver bucking reindeer. We named him ‘Sparkle’ when we visited last weekend, and the kids just adored climbing all over him. 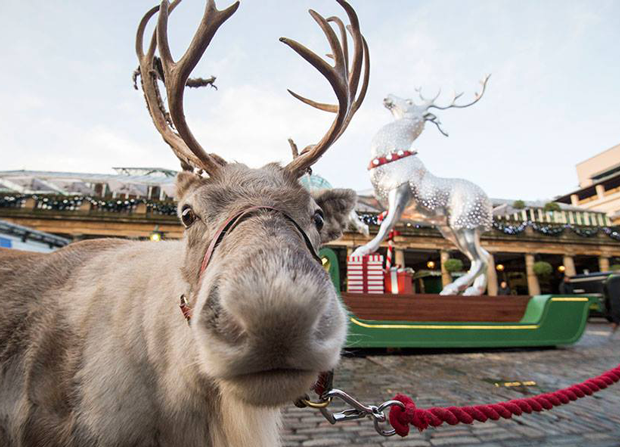 “Cracker” the reindeer is just a little hungry

2. Feed the Real Live Reindeer
Every Saturday in December, between 12noon and 4pm (the time daylight fades in the Winter months) the grand old reindeer will be waiting in the Piazza for your love. They are very tame, and happy for all ‘good children’ to pet them, feed them and even take a ‘selfie’ with them. We suggest wearing your best christmas jumper, with tinsel in your hair, and a big red nose, and you will be sure to be noticed by Santa’s very special friends. 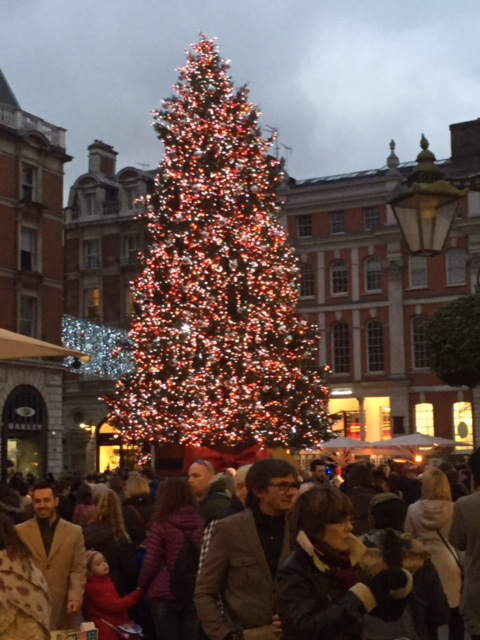 Sophie’s is really a perfect spot for families, dine-loners, girls in heels wanting cocktails, or Grand parents needing to rest their legs. We always swing by at the weekend, as my two see it as a very ‘posh’ restaurant, where the staff treat them like mini-adults, and the kids food is ‘real’ grown up food. Much better than the run of the mill fish finger and chips that they usually get offered when we eat out. What’s even more impressive is that the kids get to eat for free at the weekends, and that makes a difference to your bill when you know that Santa still has Christmas shopping to do. 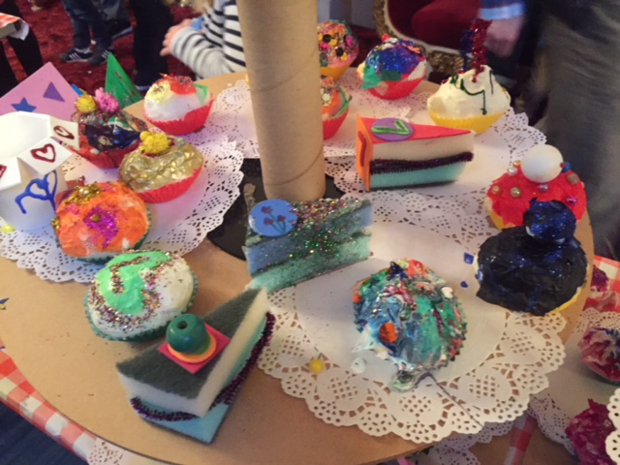 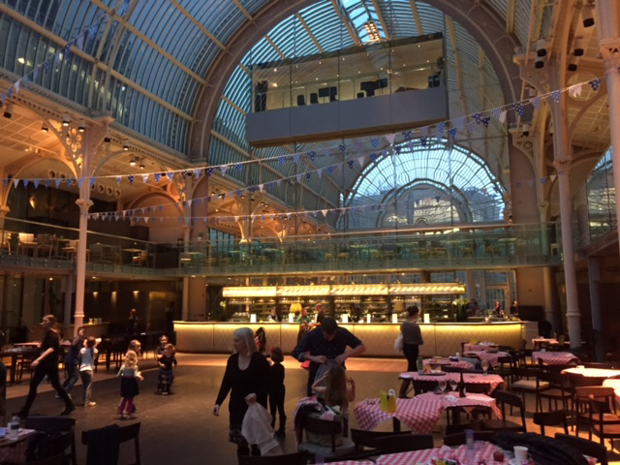 The atrium at the Royal Opera House 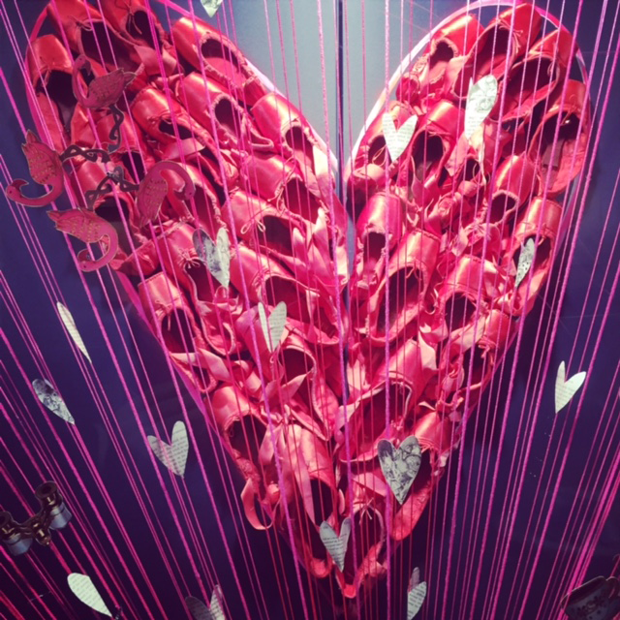 Alice’s Adventures in Wonderland from The Royal Ballet at the Opera House (main stage), 6 December – 16 January 2015
4. Family Days at The Royal Opera House
This day out is one of our all time favourites, and being such workshop lovers, that is really saying something. Every other month, the majestic doors of the Royal Opera House fling their doors open for a ticketed family event aptly called ‘Family Sundays’. Between 12-4pm you get to investigate, play and dance with gay abandonment in one of the UK’s most impressive arts institutions. During the event, the professional dancers, make up artists, craft designers, and costumiers offer their expertise in various child-led workshops. Backstage tours are also available, and if you just want to sit back and soak up the atmosphere, there is live music, food and drink, and some of the best views across Covent Garden and London that you will find anywhere.

A shining Lego Santa and his 9 well behaved friends
5. Nine lego Reindeer and a jolly old Santa
Each year Covent Garden installs an impressive Lego sculpture. Last year it was a huge walk through advent calendar, and the year before a giant Snow Globe. For 2014 you can jump aboard Santa’s Lego sleigh and grab a photo with him. The fully Lego Santa and his sleigh are being pulled by nine charming reindeers. The whole project is made with over 700,000 Lego bricks, and designed by Lego’s expert professional Duncan Titmarsh. This is one Lego project, that would have taken a whole country of well behaved and very organised elves to build way past bedtime.