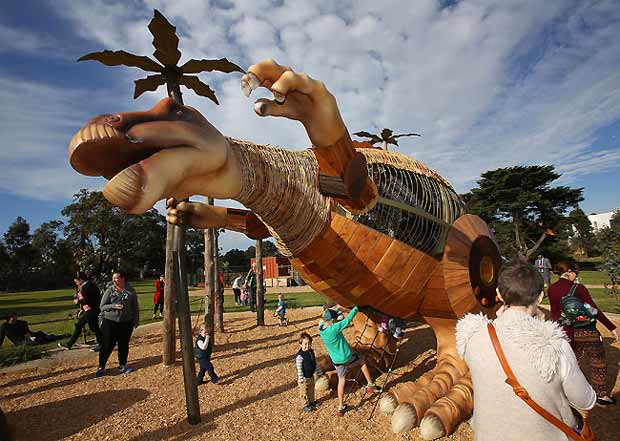 This is quite extraordinary. A giant interactive dinosaur based on a Muttaburrasaurus has been built in a playground in Melbourne, with the aim of the Medibank project to get youngsters out and exploring outside more.  The Muttaburrassurus was discovered by a farmer in 1963 – stumbling across a fossilised skeleton near the Queensland town of Muttaburra. I used to live in Melbourne and they never had anything like this.

The playground version has a climbing rope in its belly, a slide in the tail, a sandpit for toddlers, rock climbing holds on its legs and a megaphone mouth you can roar into just like a dinosaur. It’s a whole amusement park in one. And there’s a book by local illustrator, Annie Davidson, who designed it to accompany the installation to bring the dino to life. 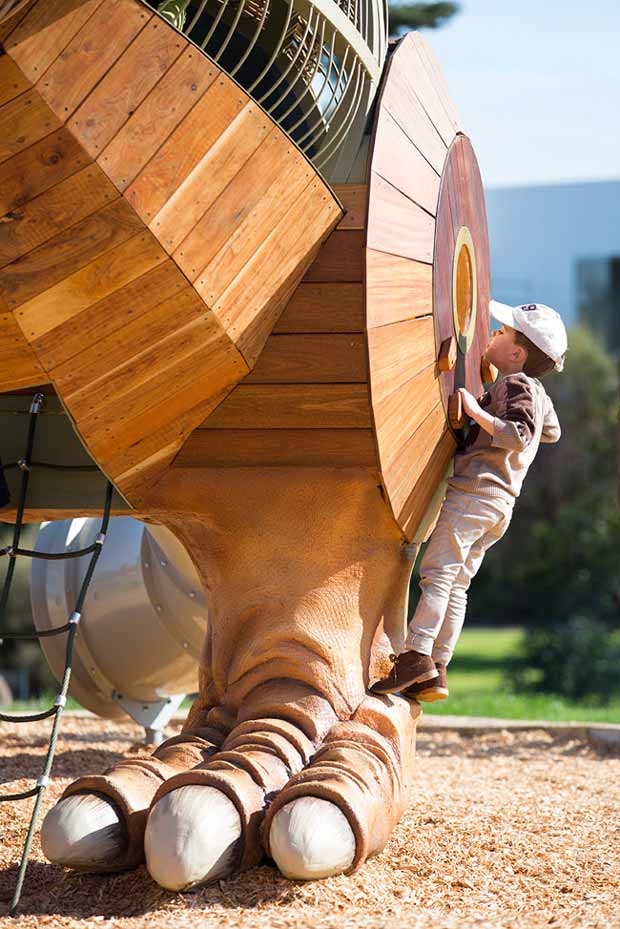 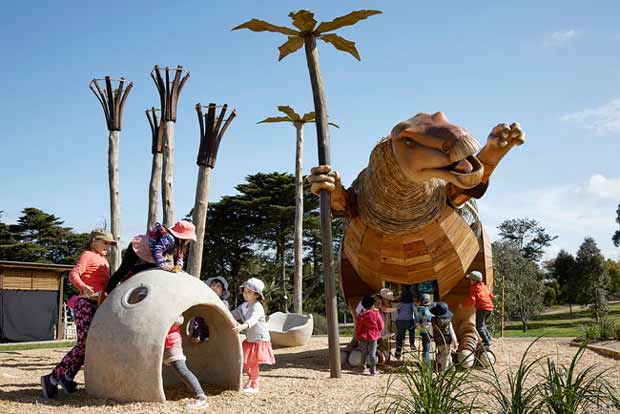 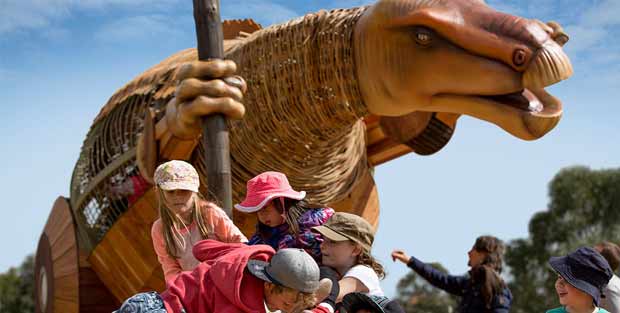