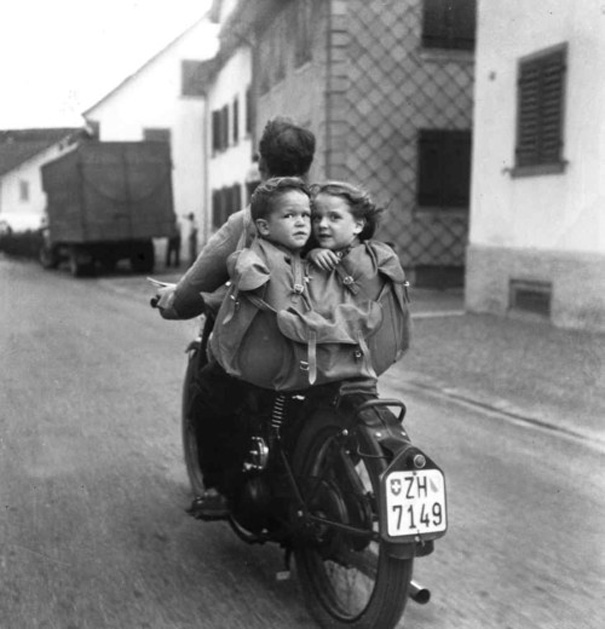 I had such a huge response to my first Vintage Child Safety post, that I thought these would interest also. This priceless photo above of the kids in the sack was snapped in Zurich who knows when! 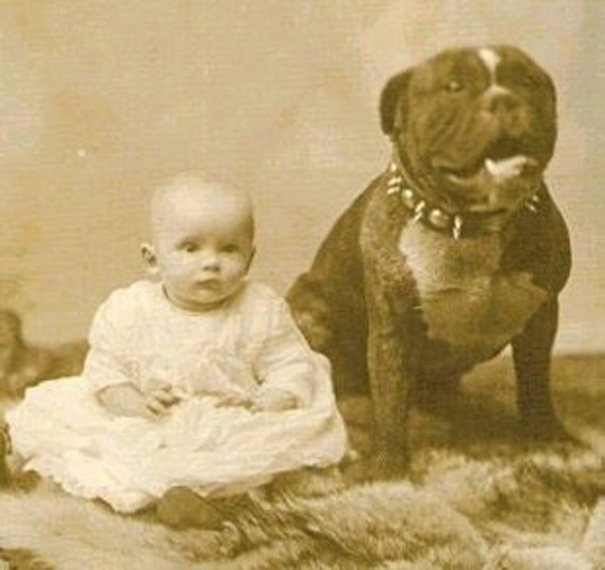 Believe it or not, this is not tongue-in-cheek. The Pit Bull was known and loved as the “Nanny Dog” for generations and was actually the National Dog of the United States! According to this article, the poor Pit Bull has had a lot of bad press. In temperance tests (the equivalent of how many times your kid can poke your dog in the eye before it bites him) of all breeds the most tolerant was the Golden Retriever. The second most tolerant was the Pit Bull. Pit Bull’s jaws do not lock, they do not have the most powerful bite among dogs (Rottweilers have that honor) they are not naturally human aggressive (in fact pit bull puppies prefer human company to their mother’s two weeks before all other dogs). There are many more adorable photos on this blog. Here are a couple more: 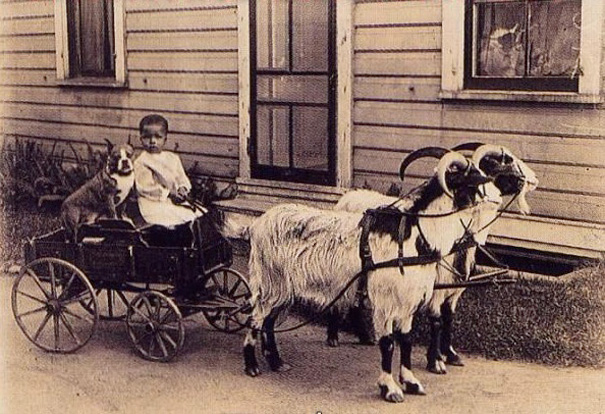 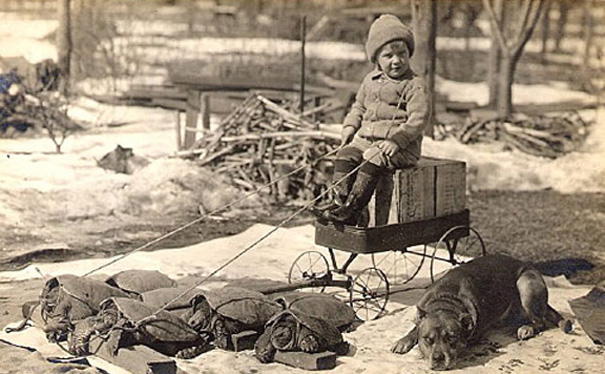 I don’t know how they came up with this one – a turtle pulled wagon?! And there is his trusty companion looking bored at the pace of it all. 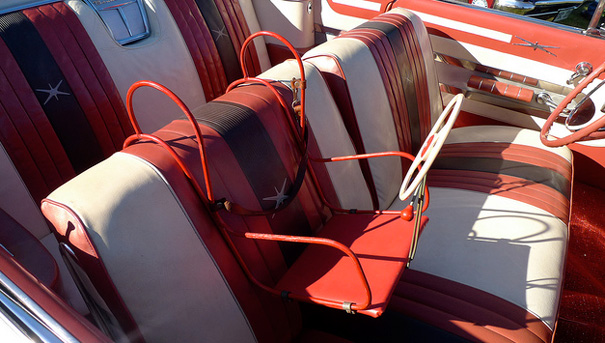 This child seat, seen in a 50’s Pontiac Catalina, is so stylish: it was the safest it got in those days and the little steering wheel and horn were the thing then. 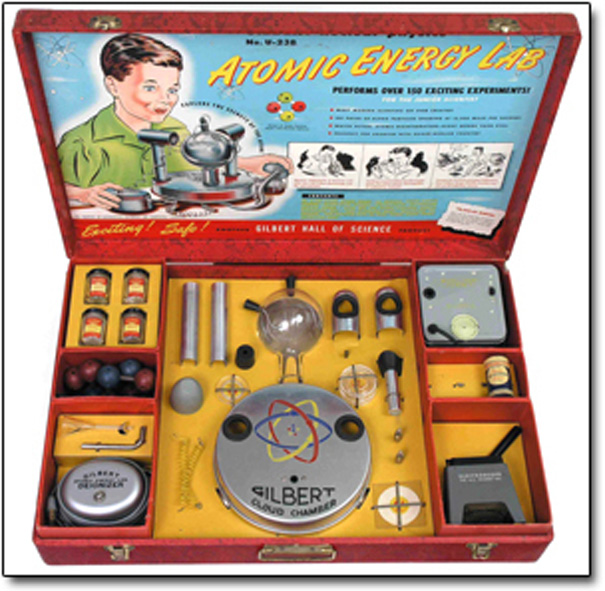 And now for probably the most unsafe “toy” ever!  The Atomic Energy Lab kit produced by Gilbert’s (which was closed down due to a string of lawsuits..no wonder) came with real samples of uranium (which is radioactive) and radium (which is a million times more radioactive than uranium). Since the mere presence of radioactive material in a children’s product clearly wasn’t insane enough, some of the experiments detailed in the manual also required kids to handle blocks of dry ice which has a temperature of minus 109.3 degrees Fahrenheit, and it’s recommended that it only be handled while wearing gloves (none were included). And there was even a little Geiger counter that kids could use to measure the amount of radiation left in their bodies after each play session.