No Reservations with Catherine Zeta-Jones 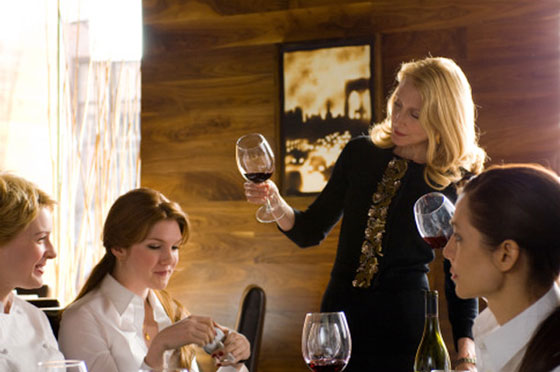 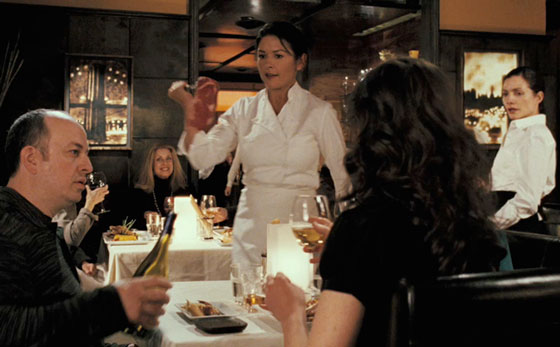 Catherine Zeta-Jones and Yours Truly.

Well, as you may know from reading my About, I was a professional actress and still do work from time to time as an actress, although I slowed it down when I had my first daughter. Anyway, quite a few people have been emailing me with the question that I (and every actor) always get: “What have you been in that I would know?” Well, I used to rattle off a list of classic and/or obscure experimental plays and indie films and would watch people’s eyes glaze over as they made mental notes to wash the dog, do an inventory of their fridge… Well, No Reservations (directed by Scott Hicks) is the one thing I’ve been in that almost every woman I meet and a lot of men have actually seen, probably because if they want to spend time with all the women I meet, they have to! And I did have a couple of lines in it. The ironic part is that I was talking about a beautiful baby in the scene.

As far as La Zeta-Jones goes, she was so lovely and very sweet to me. And we would have little conversations in French (bet you didn’t know she spoke French and was in a Thierry L’Hermitte film earlier in her career) and she even sent me a pretty French thank you card. And yes, Aaron Eckhart was a total hunk and we had some great eco/sustainable kinda conversations. Who knew?

Now if you haven’t seen this film, shame on you. Well, it is still available here on Amazon but can you believe it’s only $4.99 now? So, now we’re in the bargain basement. Hmm.

One Response to “No Reservations with Catherine Zeta-Jones”