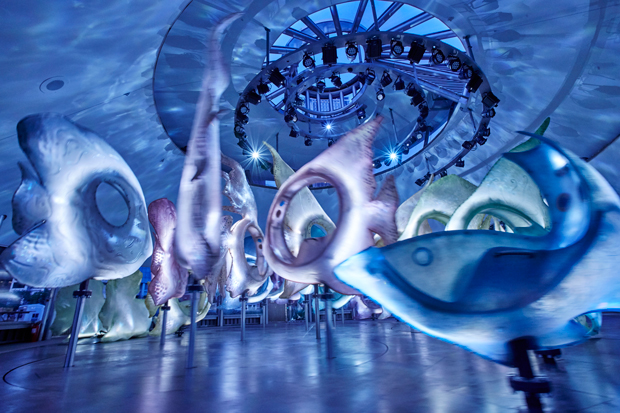 Well, we finally made it to Seaglass Carousel at Battery Park yesterday! We had been cycling past the construction of this very beautiful and most unusual carousel all during summer and it finally opened a couple of months ago. Solène was the lucky one who got to try it out first. 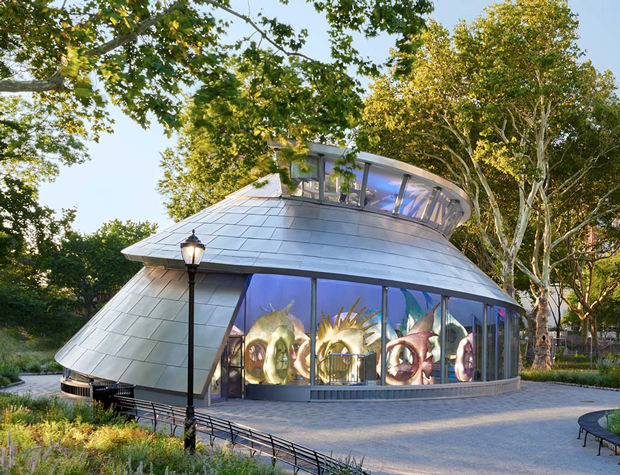 Here is the story of how this carousel was born:

The SeaGlass story began at the beginning of the 2000’s, when The Battery Conservancy was designing the park’s interior and they realized the southern end of the park needed more light. The design team came up with the idea of an aquatic carousel to conjure The Battery’s history as the first home of the New York Aquarium, which was located in Castle Clinton. It was one of the nation’s earliest public aquariums, opening in 1896. This aquarium welcomed 2.5 million visitors annually until it closed in 1941.

SeaGlass was born through the genius of wxy architecture. Inspired by the chambered nautilus, the spiraling pavilion of glass and steel brings art, architecture, and music to children of all ages.

The George Tsypin Opera Factory created a mystical underwater experience where the rider sits within iridescent fish that glide through the sights and sounds of a 360° aquatic adventure.

And what I love are all the renderings of various real varieties of fish: 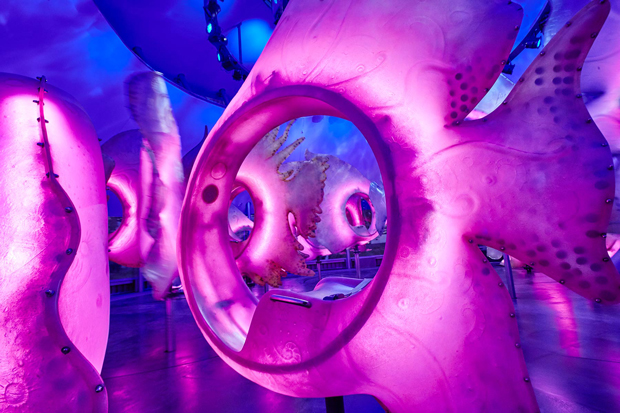 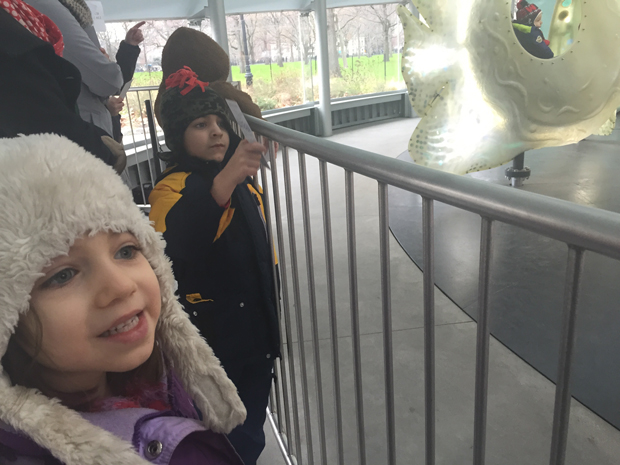 Little munchkin waiting in anticipation for her first ride! 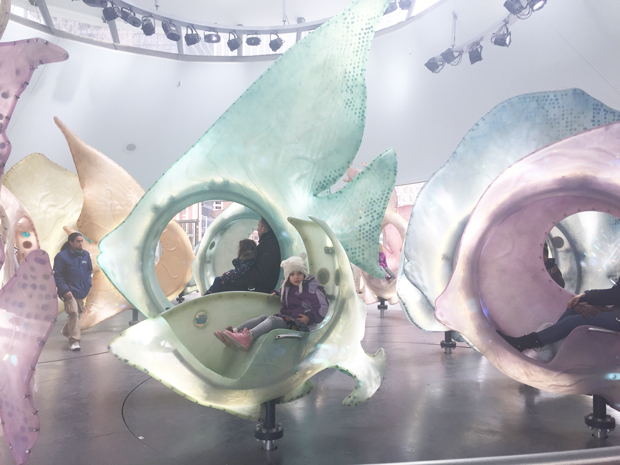 Here’s our little video of the experience to give you an idea of how cool this is! 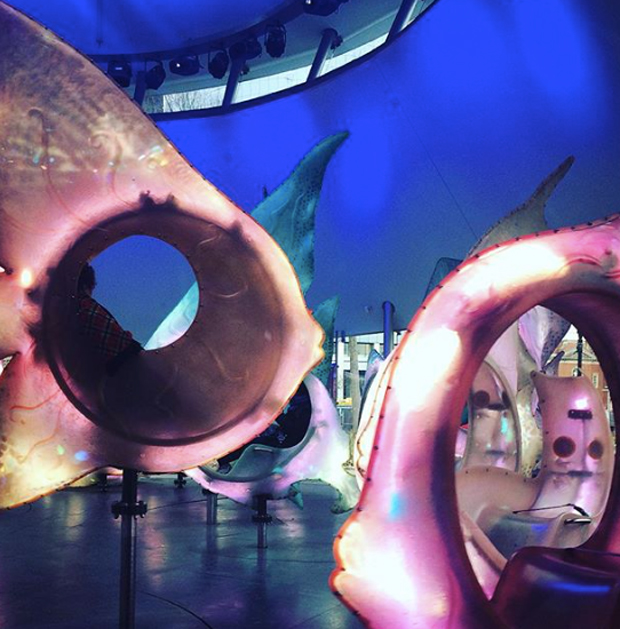 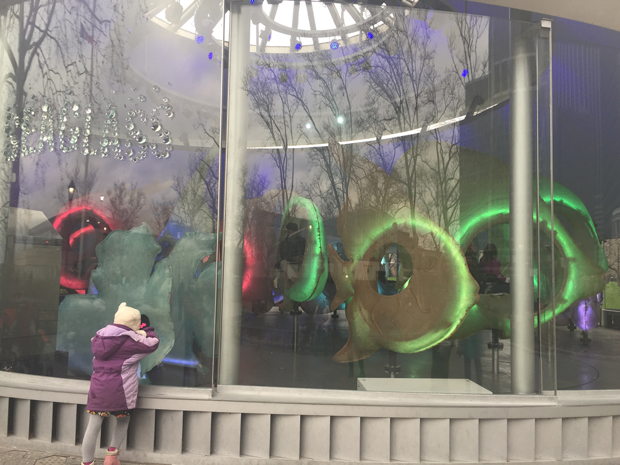 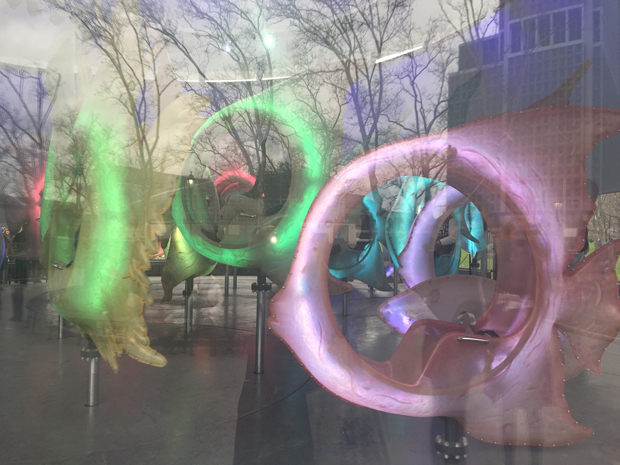 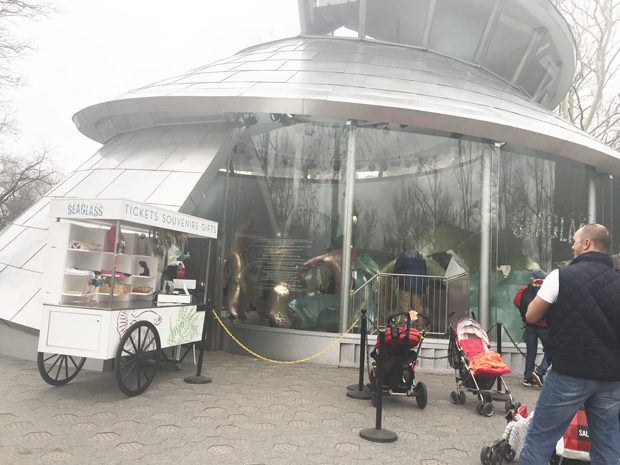 It’s open until January 2nd and then it’s open weekends and school holidays. To get all the details, go here.