It seems that I’m not the only fascinated by Vintage Child Safety, so here is another installment! If you missed the last two, they are here and here.

This above contraption is wild. In 1938, the British Government gave everyone, including babies, gas masks to protect them in case the Germans dropped poison gas bombs on Britain. This gas mask was for children up to two years old. There is an asbestos filter on the side of the mask, to absorb poisonous gases. The rubber tube shaped like a concertina with a handle was pushed back and forth to pump air into the mask. Child Welfare Centres gave lessons on how to use the mask. Despite instruction courses, few parents were totally happy with encasing their child in an airtight chamber. In fact there was some question over its safety. During demonstrations there were reports that babies fell asleep and became unnaturally still inside the masks! It is likely that the pump didn’t push enough air into the mask and the babies came close to suffocating! 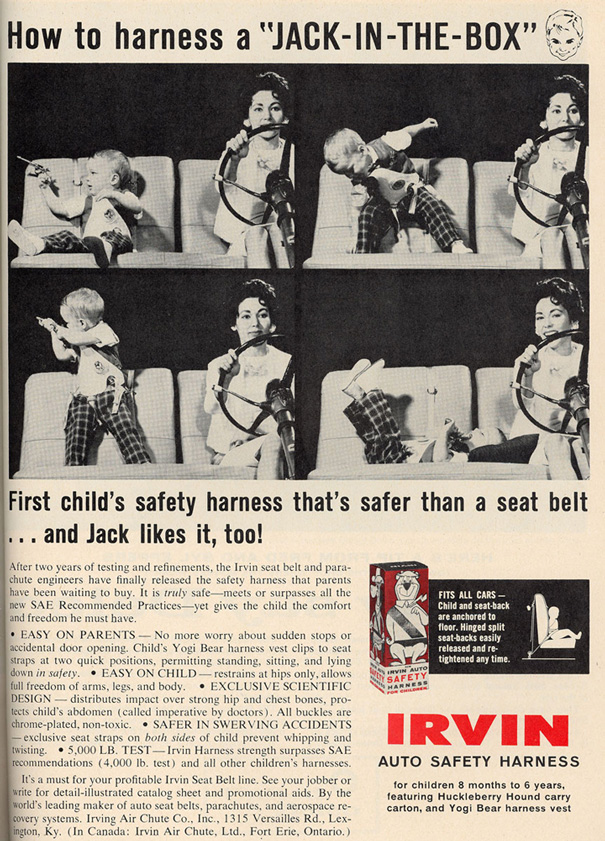 The harness above is better than the kid falling out of the car in the case of “accidental door openings” as the ad says, so that’s something! 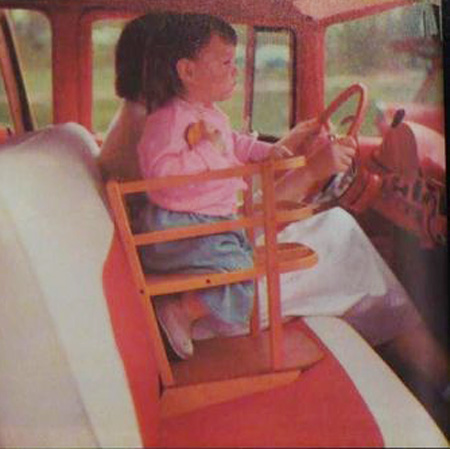 This one is barely safer than the kid rolling around on the seat. In fact, the seat would be safer as being this close to the windshield proved lethal in accidents.

It’s good to see that there actually was an Official Safety Manual for kids and this is one of their posters. It seems that they were relying more on the kids than the adults to be responsible about safety. All I could think when I saw this was that I had never seen a kid playing under a a leaf pile but I guess it was the thing to do in those days.