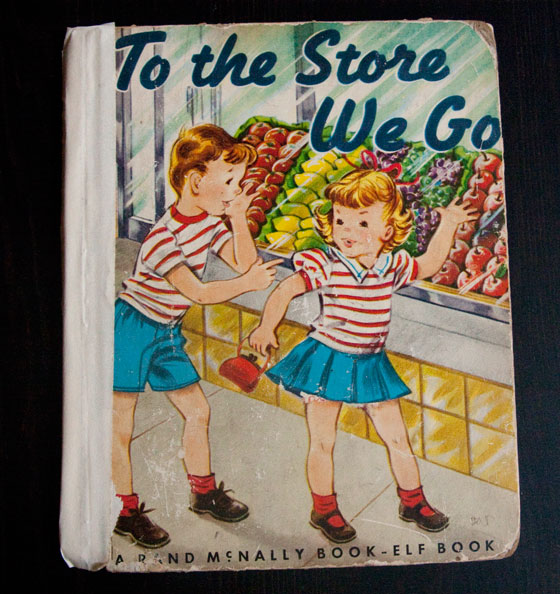 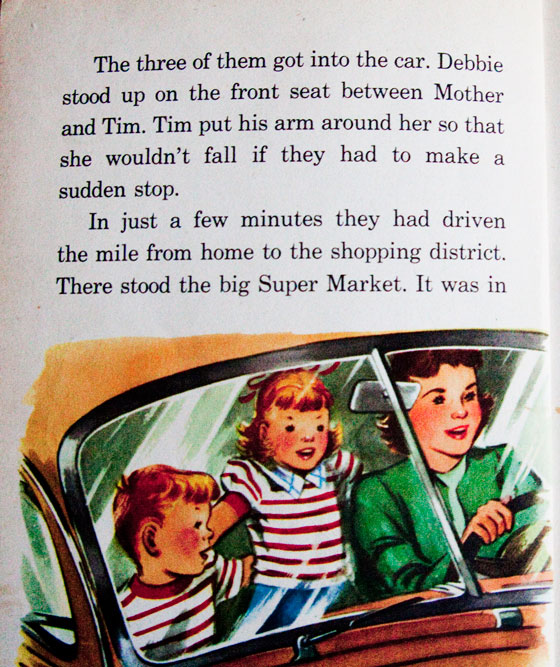 I was having a conversation with a friend the other day about child safety in the old days, and how things were just different and had to share this vintage book from 1952 with you all. I picked it up to read to Oona and I stopped in my tracks when I came to this page! (Note the first paragraph). I edited it to say that they were all strapped into their car seats but Oona then asked why the girl was standing up. Umm…well because they were about to be strapped into their carseats…in the back seat? I’ve retitled this book, To the Store We Go, Even if we Get There in a Thousand Pieces. Then I came across these posts on other sites and couldn’t resist. I’m pretty fascinated by all this, I must say. 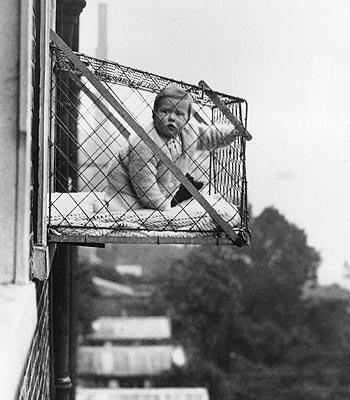 1934 Baby Cage: An example of the wire cage which East Poplar Borough council in London proposed to fix to the outside of their tenement windows, so that babies could benefit from fresh air and sunshine…and possible plunging to their death. But at least they will go with high stores of Vitamin D! (Photo by Fox Photos/Getty Images) 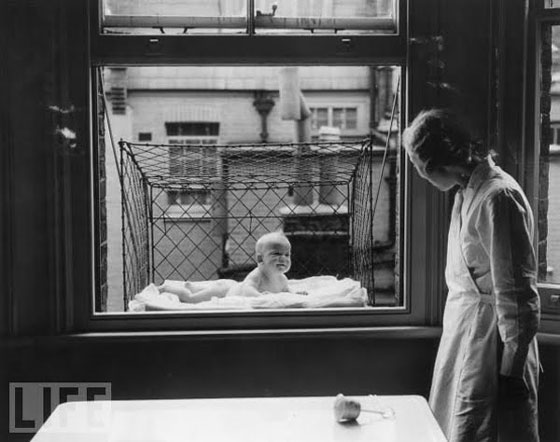 1937: Obviously this invention lasted a while. A nanny supervising a baby in a cage attached to the outside of a high tenement window. These cages were distributed to members of the Chelsea Baby Club in London who had no gardens, or qualms about putting a child in a cage dangling over a busy street. Via Vintage Kids. 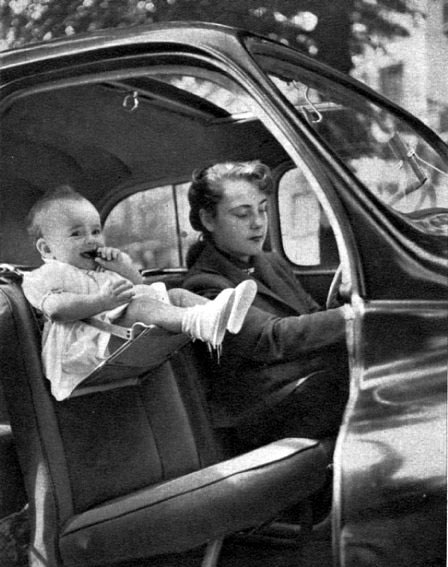 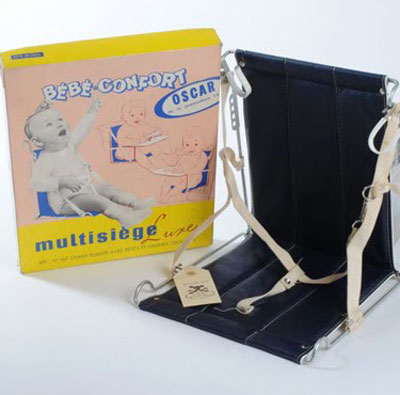 1952: This from France. I have to say, at least they have the flimsy harness on it and I guess it beats rolling around on the floor.  Via Vintage Kids. 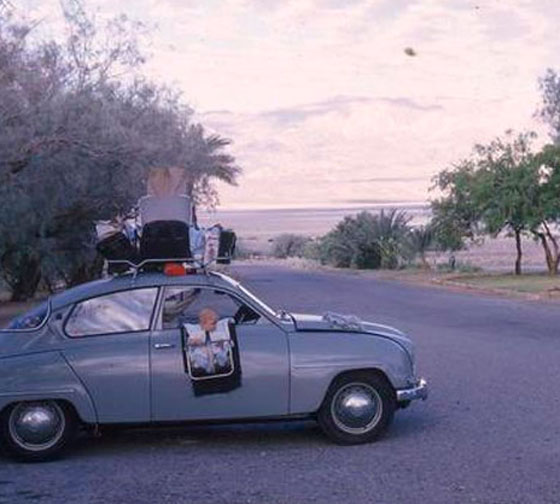 Mid 60’s: The full story of this can be read here but in a nutshell, this poor kid had acid reflux (we know about that in this house) and so his ingenious and from the sounds of the account, European parents devised this hanging pouch for him to be put in after eating. And if you look carefully, there is a hammock in there that he was put in while they were driving. I’m just kind of impressed with the original stylishness of it all with that vintage Saab. Via Daddy Types. 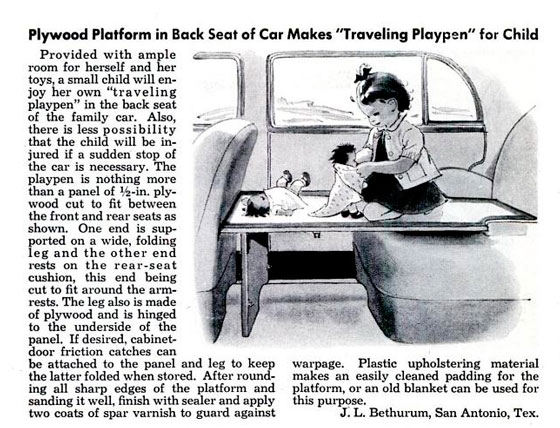 1951: I’m not making any excuses for this one. But interesting that they refer to the child as “her”. Very unusual and progressive, unless this was a playpen only for girls because it was part of an initiative to reduce the girl population! Via Daddy Types from Popular Mechanics.

One Response to “Vintage Child Safety”